How does the Feldenkrais Method® work?

Recent advances in the field of neuroscience have shown that not only are our brains capable of changing and reorganising, but they are doing it continuously.
Moshe Feldenkrais was a creative scientific genius who explored and invented lessons designed to develop new habits of mind and behaviour by driving changes in the nervous system.  His functional understanding of neuroplasticity continues to be scientifically validated with ongoing research confirming his ground breaking discoveries. Practitioners of his Method continue to advance his work world wide.

The Feldenkrais Method® is a scientific method, unique in its approach to the human condition and the path to self improvement. It is a system which uses movements of the body in sophisticated contexts to enhance the capacity of motor learning and specific motor skills. It has a wide range of educational and therapeutic applications. Using the exploratory style of learning natural to infants, movement lessons are designed to expand body awareness, enhance the neuromuscular self image allowing more efficient and effective movement. 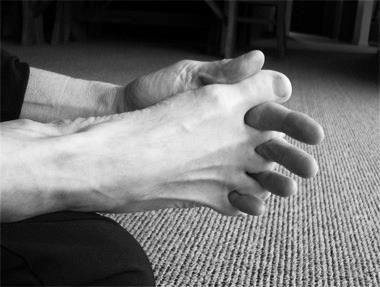 In the course of our lives, for many reasons, including the nature of how our brains work, we can become habituated in certain physical, cognitive and emotional patterns. These patterns or habits which are essential in our way of functioning, can also become problematic or limiting when they no longer serve our intentions or inhibit easier, more comfortable and efficient ways of functioning. The Method utilises and engages one’s natural curiosity in very sophisticated ways and contexts to explore how we move . This process evokes the natural capacities of our nervous system for learning at both conscious and non conscious levels. As we sense what we are doing and how we are doing it, a framework for somatic re-education is developed. Refining the organization of sensory motor control not only balances muscular tonus and improves coordination but integrates into all manner of doing. This can free us of unwanted or unnecessary habits, bringing more choice, freedom and ease to one’s life. Creating more choice in how you move, you can literally learn to move beyond your limitations.

An ingenious approach to improving people’s ability to learn and their understanding of human function and development, the Method offers a framework in which movement, thinking, sensing and feeling are explored in novel ways.

The Method brings improvement to a wide range of people and offers an additional dimension and versatility to the work of many professionals; physiotherapists, occupational therapists, psychologists, physical education teachers; to those involved in highly refined movement such as musicians, athletes, performing artists; to those with various muscular or neurological dysfunctions; and to the simply, clearly curious. To suit specific needs it is taught in two formats: Awareness Through Movement® (ATM) group classes and hands-on individual Functional Integration® (FI) lessons.

Although it can be useful to have an intellectual understanding of the Method, the best way to appreciate its effectiveness is - to experience it!

“The aim [of the Feldenkrais Method] is a person that is organized to move with minimum effort and maximum efficiency, not through muscular strength, but through increased consciousness of how movement works.”
Moshe Feldenkrais, PhD

“We do not achieve … by repetition, muscle exercising, or by increasing speed and force, but by widening and refining the cerebral control of the muscle range.”
Moshe Feldenkrais

"...eliminate the parasitic movements that you enact because you want to succeed. Make your own mistakes and keep on doing it and pay attention to the little things you become aware of.”
Moshe Feldenkrais speaking at the Amherst Training, June 1980

“Find your true weakness and surrender to it. Therein lies the path to genius. Most people spend their lives using their strengths to overcome or cover up their weaknesses. Those few who use their strengths to incorporate their weaknesses, who don’t divide themselves, those people are very rare. In any generation there are a few and they lead their generation.”
Dr Feldenkrais PhD

“No matter how closely we look, it is difficult to find a mental act that can take place without the support of some physical function.”
Moshe Feldenkrais

“Through awareness, we can learn to move with astonishing lightness and freedom at almost any age.”
Moshe Feldenkrais 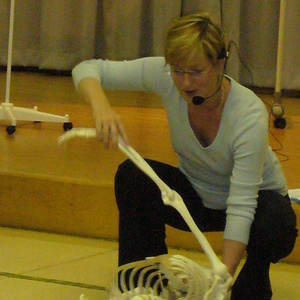 “Recognising our insignificance, the unimportance of what we think, do, or cannot do, we find ourselves in full mastery of ourselves to the potential limit of our ability. That sort of unstable equilibrium that is abandoned in each action and recovered for the next is the essence of human maturity.”
Moshe Feldenkrais

“What I understand by maturity, is the capacity of the individual to break up total situations of previous experience into parts, to reform them into a pattern most suitable to the present circumstance
i.e. the conscious control effectively becomes the over-riding servo-mechanism of the nervous system”.
Moshe Feldenkrais

The Feldenkrais Method "is not just pushing muscles around, but changing things in the brain itself so [you] gradually adjust your whole muscular dysfunction to what we call a normal image. Feldenkrais transmits the image, and you organise your brain to meet it".
Professor Karl Pribram, MD, PhD,
Neuroscientist, Stanford University,
Nobel Prize nominee